Health 17 January 2020/
Drug-resistant infections are on the rise as private investment in new antibiotic development declines, the World Health Organization (WHO) said on Friday.

Two new WHO reports reveal that while some 50 new antibiotics and 10 biologics are under development, only 32 of the total target WHO-priority pathogens and the majority have very limited benefits when compared to existing antibiotics. “Never has the threat of antimicrobial resistance been more immediate and the need for solutions more urgent”, said WHO Director-General Tedros Adhanom Ghebreyesus. The reports also found that antibiotics research and development is primarily driven by small or medium-sized enterprises, as large pharmaceutical companies continue to exit the field.
“Numerous initiatives are underway to reduce resistance, but we also need countries and the pharmaceutical industry to step up and contribute with sustainable funding and innovative new medicines.”
Clinical development review
With the aim of encouraging the medical research community to develop treatments for resistant bacteria, in 2017, WHO published a list of 12 classes of bacteria plus tuberculosis, that were resistant to most existing treatments and, thus, increasingly jeopardize human health.
Of the antibiotic agents in the pipeline, only a precious few target the rapidly spreading, multi-drug resistant Gram-negative bacteria.
Gram-negative bacteria, such as E-coli, can cause severe and often deadly infections that particularly threaten people with weak or not-yet-fully-developed immune systems, including newborns, the elderly, and people undergoing cancer treatment.
“It’s important to focus public and private investment on the development of treatments that are effective against the highly resistant bacteria because we are running out of options”, says Hanan Balkhy, WHO Assistant Director-General for Antimicrobial Resistance. “And we need to ensure that once we have these new treatments, they will be available to all who need them.”
In the pipeline
The pre-clinical pipeline shows more innovation and diversity, with 252 agents under development to treat WHO-priority pathogens.
However, these products are in the very early stages and still need to be proven safe and effective. Forecasts suggest the first two to five products will not become available for another 10 years, said the report.
On a more positive note, the pipeline for antibacterial agents to treat tuberculosis and Clostridium difficile, which causes diarrhoea, is more promising, saying that more than half of the treatments fulfil all WHO-defined innovation criteria.
However, WHO makes clear that new treatments alone will not be sufficient to combat the threat of antimicrobial resistance and its scientists are working with countries and partners to improve infection prevention and control.
5 new treatments by 2025
With the goal of delivering five new treatments by 2025, WHO and the Drugs for Neglected Diseases Initiative have established a non-profit research and development organization called the Global Antibiotic Research and Development Partnership, to develop new and improved antibiotics that tackle drug-resistant infections.
The enterprise is currently working with more than 50 public and private sector partners in 20 countries to develop and ensure sustainable access to treatments. 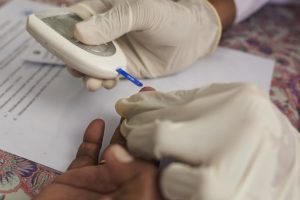 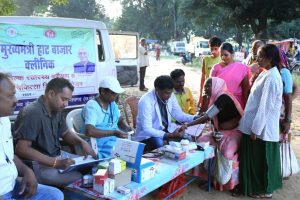 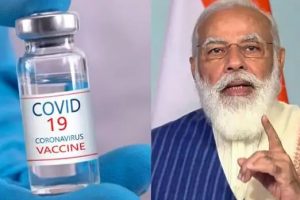 Those who shop on YouTube will get this special feature

A strong network of agricultural education, research and expansion is ready in Chhattisgarh: Bhupesh Baghel