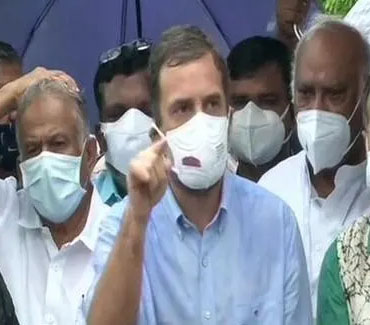 New Delhi: Asserting that Pegasus is an issue related to nationalism and treason, Congress leader Rahul Gandhi on Wednesday alleged that the Central government has tarnished the soul of India’s democracy by using Pegasus spyware.
“For us, Pegasus is a matter related to nationalism and treason. This weapon has been used against democracy. For me, it’s not a matter of privacy. I see it as an anti-national act. Prime Minister Narendra Modi and Union Home Minister Amit Shah Ji have attacked soul of India’s democracy,” Congress leader Rahul Gandhi said.
Attacking Prime Minister Narendra Modi over the Pegasus issue, Rahul Gandhi said using spyware like Pegasus is an “anti-national” activity for him.
“We want to ask just one question. Has the Government of India bought Pegasus? Yes or No. Did the Government use Pegasus weapon against its own people?” Rahul Gandhi questioned the Centre while briefing the media persons outside the Parliament.
He further said that no discussion will take place on Pegasus in the House.
Congress MP further alleged that PM Modi has sent a weapon in the phones of the youth of the country.
“I want to know from the youth of the country – Prime Minister Narendra Modi has sent a weapon in your phone. This weapon has been used against me, Supreme Court, many leaders, people in the press and activists. So why it should not be discussed in the House?” says Congress leader.
He further questioned, “We want to know from Prime Minister Narendra Modi and Home Minister Amit Shah – why you used this weapon (Pegasus spyware) against India’s democratic institutions?”
Gandhi said that the Opposition is not disturbing the House and they just want to fulfil their duties.
Underlining the fact that Pegasus should be used against terrorists and anti-nationals, he said, “It is being said about us that we’re disturbing Parliament proceedings. We are not disturbing the House. We just want to fulfil our duties. This weapon (Pegasus) has been used against India. 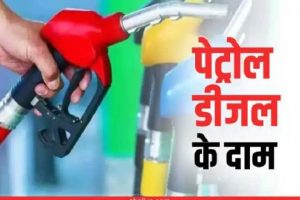 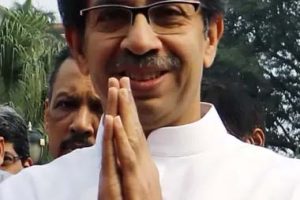 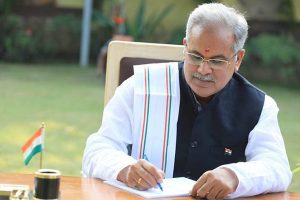