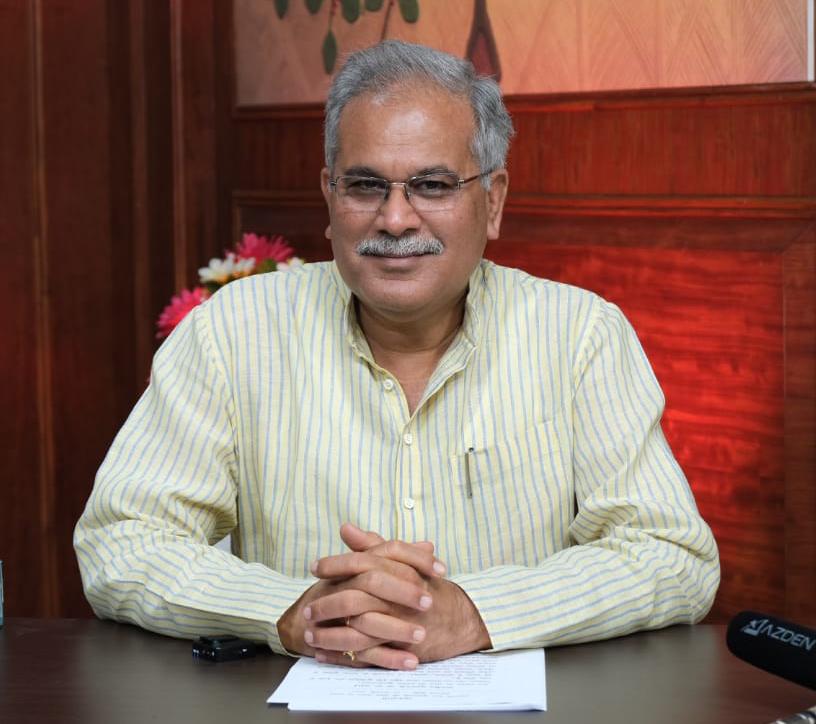 Swami Vivekananda gave India the highest prestige in the world

Through Chhattisgarh Culture Council, young litterateurs, artists will get the right platform, guidance and encouragement

In about two years,15 thousand people got employment in only the new industries

The residents of Chhattisgarh confronted Corona with their hard work, strong will and spirit of service

Shri Baghel assured the youth about their bright future and said that no stone will be left unturned in the campaign of the State Government to improve the talent of youth and provide them better opportunities for livelihood. He said that our Chhattisgarhi youth are carrying the flag of Chhattisgarh on every platform and making Chhattisgarh proud . Chief Minister discussed with the youth about the inspiring teachings of Swami Vivekanand on his birth anniversary, on 12 January. Quoting the words of Swami Vivekananda, he told the youth that ‘take an idea, make it your life’. This is the path to success. He said that by looking at the youth of Chhattisgarh, it seems that they are influenced by Gandhi-Nehru-Swami Vivekananda. He said that with the development of better sports infrastructure, sports talent will get the right platform, guidance and encouragement, while through the Chhattisgarh Culture Council the young litterateurs and artists of the state will be benefitted.

Chhattisgarh residents fought Corona with their hard work, strong will and spirit of service

The Chief Minister said in Lokvani that the last year has passed with great challenges. In the year 2020, due to the corona epidemic, many families in the world were separated from their loved ones. The corona pandemic gave a very fatal blow to jobs, trade, occupation and various measures of livelihood. The residents of Chhattisgarh confronted Corona with their hard work, strong will and the spirit of service. Due to you all, Chhattisgarh achieved many achievements even during the Corona period, due to which Chhattisgarh gained fame at the national and international level. One of the biggest strengths behind our achievements is our youth power.

Swami Vivekananda gave India the highest prestige in the world

Shri Baghel said in Lokvani that I would like to salute Swami Vivekananda on the occasion of his birthday, on behalf of the people of the state. Swami Vivekananda’s had his mind focussed on the service of mankind. At a very young age he became a disciple of Swami Ramakrishna Paramahamsa and moved towards the peak of Vedanta and spiritual knowledge. On 11 September 1893, Swami Vivekananda’s lecture at the Dharmasansad of Chicago brought him and India the highest prestige in the world. Swami Vivekananda was considered the ideal of youth. I feel very proud to say that the ‘National Youth Day’ in India began on 12 January 1984 during the tenure of the then Prime Minister Smt. Indira Gandhi.

The Chief Minister said that Swami Vivekananda had taken a tough stand against the competition and hostility between different religions. He strongly opposed hypocrisy. He believed in putting all his consciousness and power in the upliftment of human beings and taught the same. In the famous World Religion of Chicago, Swamiji said that he was proud of a religion that taught the world both tolerance and universal acceptance. We accept all religions as true. He said he was proud to belong to a country which has given refuge to the victims and refugees of all religions and all the countries of the earth. He said that real education is that which enables one to stand on his own, teaches students character and human values. Today I call upon the youth in Swamiji’s words – ‘Pick an idea, make it your life. Think of it, dream it, live on that idea’.

The Chief Minister said in Lokvani that Ramakrishna Mission, Swami Vivekananda and Swami Atmanand influenced me since childhood. Gurudev Rabindranath Tagore said that if you want to know India, then read Swami Vivekananda. Pandit Jawaharlal Nehru used to say that the youth should read Vivekananda again and again, his intelligence, zeal and wisdom will help the new generation tremendously. Swami Vivekananda’s stay in Chhattisgarh connects us with the fame and pride which he had acquired at the age of 39. This is the reason why we are working to save the memories of Swamiji in Raipur. Talking about the recent two years, this is the first time that one of our Bastar’s daughter Namrata Jain has been ranked twelfth in the country in the UPSC. Varnit Negi of Bilaspur ranked thirteenth. Youngsters like Umesh Gupta, Ayush Khare, Yogesh Patel, Prasoon Bopche including Simi Karan of Bhilai have made a series. In the year 2020, Kalpit Aggarwal of Durg was topper in the exam, while Tanay Raj of Raipur got top rank in Neet.

Through the ‘Chhattisgarh Culture Council’ Young litterateurs,
Artists will get the right platform, guidance and encouragement

Addressing the youth in Lokvani, the Chief Minister said that for the first time, our government has decided to form ‘Chhattisgarh Culture Council’ in Chhattisgarh, under which Sahitya Academy, Kala Academy, Tribal and Folk Arts Academy, Chhattisgarh Film Development Corporation, Chhattisgarh Official Language Commission, Chhattisgarh Sindhi Academy etc. institutions will work. It is our endeavor to move this work quickly so that you can get the right platform, guidance and encouragement. Apart from this, there are many provisions to help literary figures, artists and their families. We have given importance to local art-culture and have tried to give our local artists ample opportunities.

Chief Minister congratulated all the players of Chhattisgarh including Dipesh Kumar Sinha, Shikhar Singh, Aakarshi, who have made excellent achievements in various national and international events and said that I had given the slogan, ‘Khelbo-Jeetbo-Garhbo-Nava Chhattisgarh “We know that we have got a very weak sports infrastructure in the heritage, while the players also had to face many shortages. Therefore, we formed the ‘Chhattisgarh Sports Development Authority’. Free training facilities for hockey, football, badminton, archery, volleyball, kabaddi etc. have been provided. Now under the ‘Khelo India Yojana’, a national level residential hockey academy in Raipur and a center of excellence in archery will be built in Bilaspur. State level academy of archery, hockey and athletics at Bilaspur, football and running synthetic turf ground at Jagdalpur, Ambikapur Indoor Hall have been approved.

Rajiv Yuva Mitan Club is being formed in all the urban bodies and panchayats of the state. Through which all-round development of youth will be done. Our plan is to develop training facilities in every district as per local specialty and help of industries should be taken in it. I am reminded of the Youth Festival celebrated last year, which was attended by youth from block to state level and thousands of youth fellows came to Raipur for state level performance. This year, due to Corona, such an event is not being held, but we will try to have a big event in future.

The Chief Minister congratulated two youngsters of Surguja IIFA award winners in Lokvani, young musicians Saurav Gupta and Vaibhav Singh Sengar and first runner-up Mukul Gaine at the India Best Dancer TV Show, and said that through you I congratulate all those young talents, who have elevated the name of Chhattisgarh. I want you guys to keep working like this continuously and achieve success, my best wishes for this.

Many youths who have received skill development training in Lokvani recorded messages about themselves in which they urged the Chief Minister to continue the scheme, describing it as useful for the youth. Addressing these youth, Mr. Baghel said that schools, colleges, coaching and other training institutes were banned under the Central Government Guidelines to avoid corona infection. In order to better run the skill development scheme, we released a new guideline, under which training based on market demand and modern technology was introduced. I am happy that more than 46 thousand youth have been trained in two years, out of which about 23 thousand youth have started their work. For your convenience we have launched ‘Rozgar Sangi Mobile App’, which acts as a bridge between trained youth and employers. Out of the migrant workers who returned due to Corona, skill training of 2 lakh 14 thousand people is being done and their training and employment is being arranged. As soon as the effect of the corona is reduced or its guideline will be relaxed, we will make arrangements to start skill training at the earliest.

No stone will be left unturned in the campaign to harness the talent of youth and provide better livelihood opportunities.

Addressing the youth, the Chief Minister said that among the posts for which you have appeared for recruitment, there were problems due to court cases or due to procedural hurdles, which are being resolved properly. In many cases, the matter has reached verification, our endeavor is to issue appointment letters as soon as possible. I have given instructions to various departments in this regard. Friends, I would like to say once again that the way you have maintained patience is commendable. The future of youth in Chhattisgarh is bright. I would leave no stone unturned in our campaign to upgrade your talent and make you a better livelihood.

15 thousand people got employment in new industries only

The Chief Minister said that the era has gone when only government jobs were considered employment. Now many jobs are considered better than government jobs. This is the reason why we have adopted such development works or schemes in the state in which the participation of youth is on a large scale. Through agriculture, forestry, processing of their products, new industry policy, etc. we have adopted the strategy of all-round development, so that people at every level, big and small, get the job. Now see that due to Rajiv Gandhi Kisan Nyay Yojana, Godhan Nyaya Yojana, Suraji Village Yojana, new employment opportunities have been created in every village. I am happy to see that if we create a path, then ten people take it furthur through their thinking, understanding and talent. Cow dung has already come at the center of our entire agricultural and rural economy, but now the opening of a mart from the state to Delhi, for artistic products made from it, is a new kind of revolution. Because if any such work happens, employment opportunities are contained in it. If new industry policy is taking initiative to set up new industries, then there is a possibility of getting employment of about 50 thousand people in that too.Only in new industries, 15 thousand people have got employment in about two years. From village to government jobs and industries, when we look at the whole, we find that the unemployment rate of the state is not even half of the country’s unemployment rate. The unemployment rate has been between 2 and 4 percent in two years from 22 percent.

The Chief Minister said that we have made arrangements that if unemployed youth are graduate engineers, they should be given unified registration in E-category and up to 20 lakh works at block level. They will be eligible to get works up to a maximum of Rs 50 lakh in a year. At the same time, e-registration facility has also been provided to the youth who have passed higher secondary in scheduled areas, so that they too can participate directly in the construction works. Apart from this, a separate tender process has been arranged to provide easy employment to unemployed degree holder / diploma holder / raj mistry. Under which graduate engineers can get upto 50 lakhs at a time and Rs 2 crore in a year. Diploma holder engineers will be given up to 25 lakhs at a time and upto and a maximum of Rs one crore in the year. Raj mistry will be eligible for works up to 15 lakhs at a time and maximum of Rs. 60 lakhs in a year. 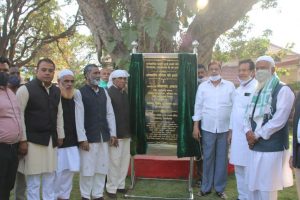 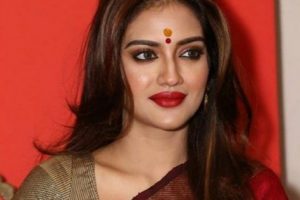 Action on illegal sand excavation tractors
First meeting with IG officials … read for whom .. take their complaint in priority
Comment