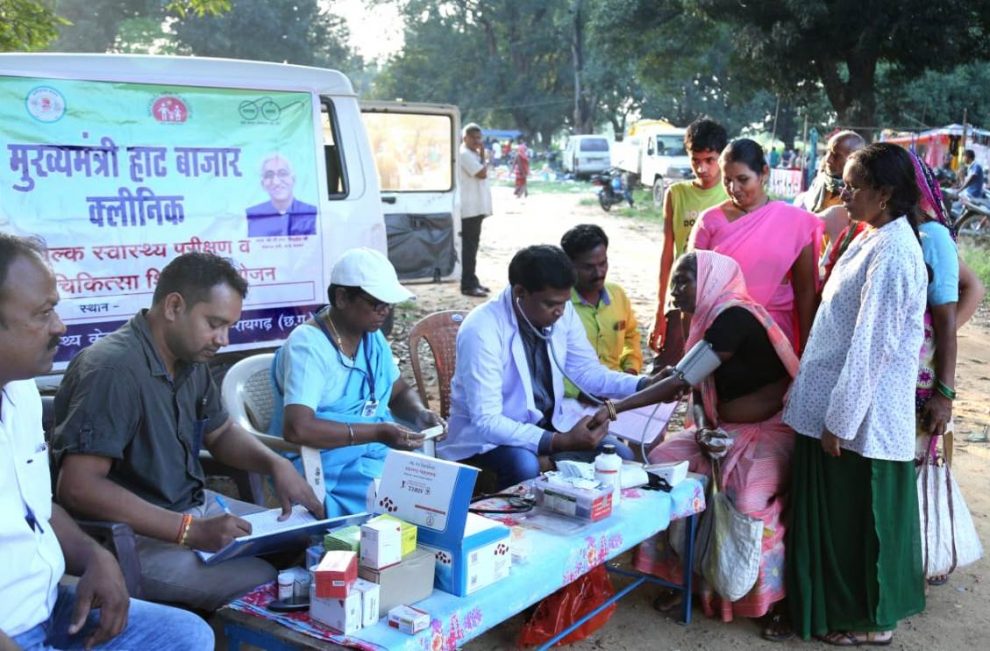 Chhattisgarh Government has taken several new initiatives to make health services more accessible, to improve the quality of treatment facility, to provide free treatment facility to people in need. Under the leadership of Chief Minister Mr. Bhupesh Baghel, Health Department has made healthcare facilities easily accessible and free of cost through schemes like Dr Khubchand Baghel Swasthy Sahayta Yojana, Chief Minister Special Health Aid Scheme, Chief Minister Haat Bazar Clinic Scheme, Chief Minister Slum Health Scheme. Facilities and Resources at Medical College Hospitals, District Hospitals, Civil Hospitals, Community Health Centres, Primary Health Centers and Sub Health Centers are being continuously upgraded so as to provide quality medical treatment facilities to people in need. Dr. Khubchand Baghel Health Aid Scheme was launched in the state onJanuary 1st this year, under which cashless treatment of up to five lakh rupees is provided to priority and Antyodaya ration card holder families. The scheme covers 56 lakh financially vulnerable families. Beneficiaries can avail treatment under this scheme in all the government hospitals and the contracted private hospitals using a ration card and another identity card. Under Dr Khubchand Baghel Health Aid Scheme, other ration card holder families are entitled to treatment up to Rs 50 thousand. In total, about 65 lakh families of the state have been covered under the scheme. So far, three and a quarter lakh patients have availed the scheme. Chief Minister Special Health Aid Scheme has been launched as an extension of Sanjeevani Sahayta Kosh for treatment of serious and rare diseases. Under this scheme, financial aid of up to Rs 20 lakh is sanctioned with approval of Chief Minister for treatment of critical diseases. Chhattisgarh is the first and only state in the country to provide such a huge amount of financial aid to citizens for treatment. Under Chief Minister’s Special Health Aid Scheme, 344 cases have been approved since January 1, 2020 and financial aid of nearly Rs five crore has been sanctioned for medical treatment. It is noteworthy that almost every citizen of the state is entitled to free treatment under Dr. Khubchand Baghel Health Aid Scheme and Chief Minister Special Health Aid Scheme. The days are over in Chhattisgarh when people suffering from serious illnesses had to sell their houses, farms and properties for expensive treatment.
In addition to the existing health services in rural areas and forest areas, Chief Minister’s Haat-Bazar Clinic Scheme has been launched to provide free health checkup, medicines and treatment services. Likewise, Chief Minister Urban Slum Health Scheme has also been launched to provide similar services to the urban population. About 13 lakh people living in remote areas have been provided treatment under Chief Minister Haat-Bazar Clinic Scheme. Likewise, under Chief Minister Slum Health Scheme, around one lakh 83 thousand people of 13 municipal corporations have been provided free treatment. Presently the scheme is being operated in a new form by the local urban bodies. Dai-Didi special clinic has been launched to provide medical advise and treatment to the women in three municipal corporations i.e. Raipur, Bilaspur and Bhilai. Under this initiative, all the staff right from aaya to doctors are female, so that women beneficiaries may comfortably talk about their ailments without any hesitation. As facilities of chemotherapy and dialysis has been started in district hospitals of the state, patients no longer have to travel all the way to other states for treatment of critical diseases. This saves time, money and effort for patients and their families. During this time of pandemic, such advanced facilities have proven to be a boon for people in need. When public transport was shut down, locally available Health Experts and advanced healthcare facilities saved many lives. Presently, free chemotherapy is being provided to the cancer patients through Deerghayu Ward in nine district hospitals of the state. Likewise, under Jeevan Dhara Rashtriya Dialysis Programme, free dialysis facility is being provided in five district hospitals. Both these facilities would be expanded to all the district hospitals of the state in near future.
State Government is conducting Malaria Mukt Bastar Abhiyan to control IMR-MMR and to alleviate malaria, anemia and malnutrition from Bastar Division. Two phases of this campaign has already been completed. This campaign has yielded successful results across the division. Compared to September 2019, number of malaria patients in Bastar division has declined by 65%. In the first phase of Malaria Mukt Bastar Abhiyan, nearly 14 lakh people were tested for malaria while in the second phase around 24 lakh people were tested for malaria. In the first phase, nearly 65 lakh people were found positive, while in the second phase, as many as 30 thousand malaria patients were found, and they were provided free treatment. Meanwhile, Health Department Team visited remote hilly and forest areas of Bastar and provided free treatment and medicines to the patients of various diseases.
In addition to the necessary medical facilities, health department is seriously implementing programs related to public health and family welfare. In the year 2019-20, five lakh 85 thousand children have been fully immunized for up to one year. During this period, 94 percent children of the state had access to vaccines. This is the highest coverage of vaccination in the state so far. Lack of human resources is constantly being overcome through new recruits to strengthen health services. In the last two years, 541 new doctors have been recruited. At the same time 512 MBBS And 132 PG Contracted doctors have also been posted in government hospitals across the state. Moreover, recruitment of 2100 regular and 3349 contractual officers and employees is also under process in the Health Department. 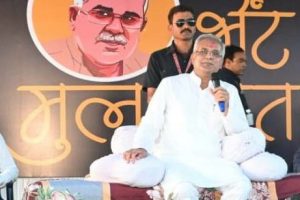 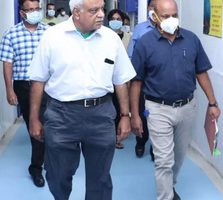 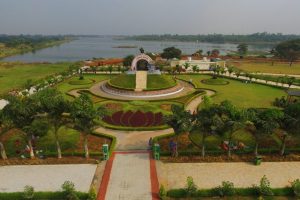