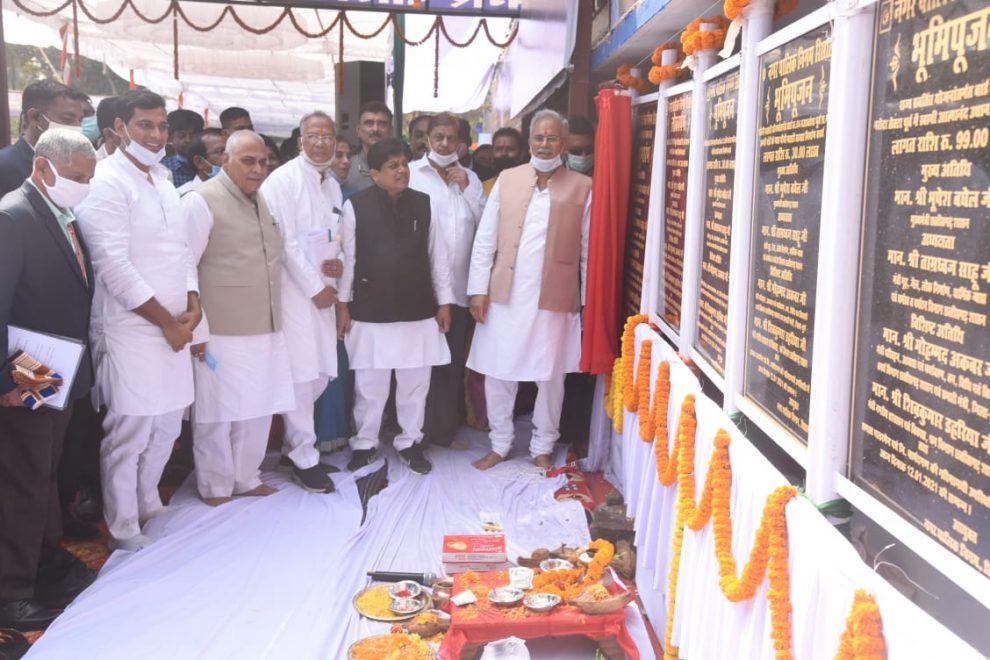 Chief Minister was weighed with laddus

Today is a historic day for the residents of Risali in Durg. Chief Minister Bhupesh Baghel launched the new office of Risali Corporation. On this occasion, the Chief Minister inaugurated works worth Rs 12 crore 74 lakh in Risali Corporation and performed Bhoomi Pujan for works worth Rs 1 crore 59 lakh. On this occasion, he also handed over landowning rights to the beneficiaries of Rajiv Gandhi Aashraya Yojana and Mukhya Mantri Aadhaar Patta Yojana. Minister in charge of the district and Minister of Forest and Climate Change, Mr. Mohammad Akbar, Home Minister Mr. Tamradhwaj Sahu, Urban Administration and Development Minister Dr. Shiv Kumar Dahria were also present on the occasion.

On this occasion, the Chief Minister directed to immediately start a 30 bed hospital in Risali Nigam. He said that this hospital will be expanded to 100 beds. Along with this, an outdoor stadium will also be built in Risali. He sanctioned 50 lakh rupees for the construction of the garden and also announced the renovation work of the ponds. Mr. Baghel said that according to the needs of the Risali Corporation, an action plan will be prepared by taking feedback from citizens and work will be started. He said that the development of Risali Municipal Corporation is a top priority. Here all development needs are being prepared in relation to all the requirements like hospital, college community building, etc. Whatever way they will be sought in the Risali Corporation, they will be tested and approved immediately.

On this occasion, the Chief Minister said that just as the Central Government provides the Samman Nidhi to the farmers, similarly the State Government also encourages farmers through the Rajiv Gandhi Nyaya Yojana. Thus, the incentive given to farmers leads to widespread agricultural growth. He said that the way governments in Odisha and Telangana also run various schemes to help the farmers, through which the farmers get fair value for their hard work. In the same way, there is also the Rajiv Gandhi Kisan Kisan Nyay Yojana of the Government of Chhattisgarh. Such schemes should be promoted to promote agriculture in the country. The Chief Minister said that there was a shortage of gunny bags due to corona across the country as jute mills were closed. We asked about three and a half lakh bales from the Central Government, but we have only got one lakh five thousand bails so far.

On this occasion, Minister in-charge Mr. Mohammad Akbar said that under the leadership of Chief Minister Bhupesh Baghel, there has been development in the interest of farmers. He said that all the schemes of the state government, whether it is a loan waiver scheme or bought paddy for Rs 2500. These have improved the condition of farmers in the state. The economic condition of the citizens improved and the overall economy improved.

On this occasion, Urban Administration Minister Dr. Shiv Kumar Dahria said that we have started 50 crore schemes for the development of the Risali Corporation, which is leading to the work of infrastructure, in the future, the city administration department will continue to take forward the Risali Corporation. Will keep working He said that whether it is the Pauni Pasari Yojana, whether it is the Chief Minister’s Ward Office Scheme, the Dai Didi Clinic Scheme, the Chief Minister’s Slum Health Scheme. Infrastructure has increased through various schemes of administration. 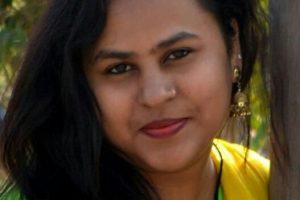 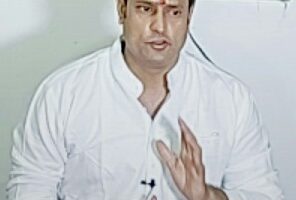 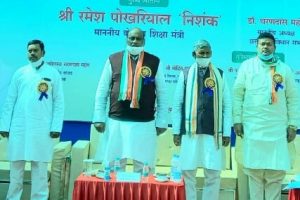