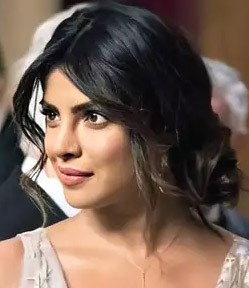 A strict lockdown has been imposed in the UK after the Corona virus got a new look, but Bollywood actress Priyanka Chopra (Priyanka Chopra) seems to be having trouble following the rules there. Police caught them when Priyanka Chopra came out of the house despite a strict lockdown. This has been revealed in local media reports. According to the information, the action was taken by the local police against Priyanka Chopra when she reached for a hair appointment at Josh Wood Color Salon in Notting Hill. The incident is on Wednesday. Priyanka Chopra was accompanied by her mother Madhu Chopra and pet Doggie Diana. After the photo of police action against Priyanka Chopra and her mother went viral, there is a lot of criticism on the internet media. However Priyanka Chopra has denied these allegations. The statement issued like the actress said that she went to the salon only after obtaining permission. The salon was opened exclusively to the needs of the film, the actress is shooting in the UK.
Let us know, Priyanka Chopra’s Netflix film ‘We Can Be Heroes’ has been released recently and the actress is already working on its sequel. After the film’s release, Priyanka claimed in one of her tweets that 44 million families watched the film in the first four weeks of its release. After this, Priyanka will appear in the sequel of ‘The White Tiger’. Priyanka is also producing the film. Also Priyanka Chopra is working on an untitled comedy with Misty Kaling and Dan Goer.

Fastag engaged drivers are not getting less trouble

BSNL’s new plan In 5 will get extra data, validity and SMS