Health 19 February 2020
Road traffic accidents take some 1.35 million lives every year and cost most countries three per cent of their gross domestic product, the top UN health official said on Wednesday as the Third Global Ministerial Conference On Road Safety kicked off in Stockholm, Sweden.

According to the UN World Health Organization (WHO), road traffic injuries are the leading cause of death for children and young adults aged 5-29 years.

The millions of lives lost every year due to road traffic collisions is “an outrage”, said WHO Director-General Tedros Adhanom Ghebreyesus. “It is an unacceptable price to pay for mobility”.

“Most road traffic deaths and injuries can be prevented, using tried and tested strategies,” stated the WHO chief.

“This conference is an opportunity for the world to embrace a new agenda to radically reduce the number of lives lost on our roads and re-think how we can provide access to safe, affordable, accessible and sustainable transport systems for all.”

In his opening statement, the King of Sweden, Carl XVI Gustaf, said the conference “represents an opportunity to link the road safety challenge to other sustainability challenges, such as climate change, health, equality, poverty and human rights”.
Headway on road safety

Many countries have made progress through road safety management and better legislation around risks – such as speeding, drinking and failing to use seatbelts, and infrastructure – including safer sidewalks and dedicated bicycle lanes.

Positive changes depend on strong leadership and political will at the highest level of government and in close collaboration with civil society and the private sector.

The Chairman’s conclusions, called the Stockholm Declaration, were presented by Swedish Infrastructure Minister Tomas Eneroth, and called for strong political will and international cooperation, along with partnerships across society.

It also connects road safety to the implementation of the 2030 Agenda for Sustainable Development, laying out recommendations to accelerate action towards halving global road traffic deaths and injuries by 2030.

Previously, UN Secretary-General, António Guterres had said that saving lives by improving road safety was “one of the many objectives of the 2030 Agenda”.
UN Road Safety Fund

The Conference also saw the UN Road Safety Fund unveil 10 new projects that will target key gaps in the road safety systems of 12 countries. With a total budget of nearly $4 million, these projects will scale the Fund’s geographical and programmatic footprint in the coming months.

Maring the occasion, the UN Secretary-General’s Special Envoy for Road Safety, Jean Todt said: “When the Fund launched the 2019 Call for Proposals, the Advisory Board, of which I am a member, had one clear priority – projects must demonstrate a chain of results leading to tangible impact on the number of fatalities and injuries on the road. I am convinced that these selected projects will accelerate progress in this direction.”
Getting serious about road safety

Meanwhile, Etienne Krug, Director at WHO’s Department of Social Determinants of Health, in a commentary, painted a haunting picture of a new mode of transport that while offering speed and comfort, would kill 1.3 million people per year and injure 50 million more. The UN official explained that half of those killed voluntarily used the system, while the others just happen to be in the vicinity, at “the wrong place at the wrong time”.

“No sane government would permit it!”, he stressed.

Noting that the declaration from ministers and stakeholders in Stockholm would “pave the way for the necessary political will and additional innovative approaches to drive progress towards halving global road traffic deaths and injuries by 2030”, he said, “Let’s hope the right decision is taken now, so that we can move quickly towards a safe, healthy, and clean transport system for everyone”.

"There is no excuse for inaction.
1⃣Every country must rapidly accelerate action on proven #RoadSafety measures to save lives.
2⃣Countries must plan for sustainable mobility.
3⃣We must work together across governments, intl. agencies, civil society & the private sector"-@DrTedros pic.twitter.com/LxJf2862mo 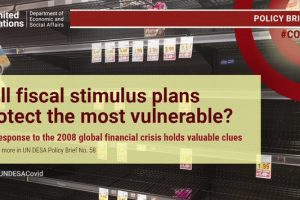 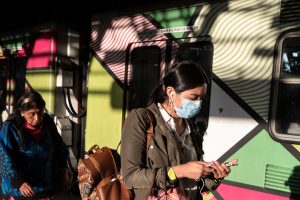 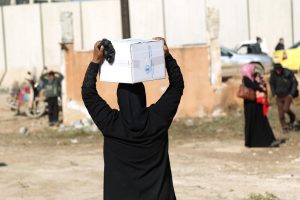