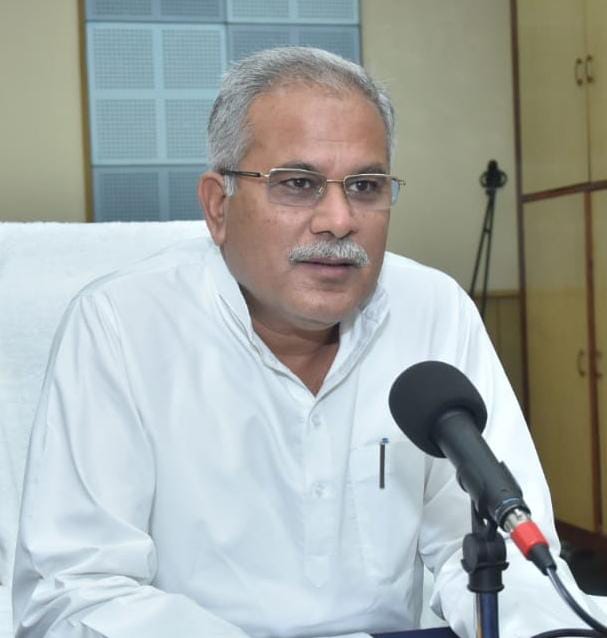 Raipur, 08 August 2021/ In the 20th episode of ‘Lokvaani’ aired today, Chief Minister Mr. Bhupesh Baghel addressed people of the state on the topic of “Expectations and Development of Tribal Regions” and extended warn wishes of Hareli Tihaar. He said that in Chhattisgarhi culture, Hareli is the first festival of the year. On this day, people clean and decorate their houses, gauthans and village and worship cows. Mr. Baghel said that taking into consideration the sentiments of people in Chhattisgarh, five festivals including Hareli Tihaar have been declared as the public holiday. Extending the greetings of International Day of Indigenous People, Mr. Baghel said that for the first time in Chhattisgarh, our government has declared public holiday on August 9 i.e. International Day of Indigenous people, as an opportunity for people to understand the traditions, cultures and moral values of tribal communities. Chief Minister Mr. Baghel also extended greetings of the upcoming festivals in August i.e. Hareli Tihaar, Nagpanchmi, Independence Day, Onam, Rakshabandhan, Kamarchhath and Krishn Janmashtmi.

Formation of 29 new tehsils and 4 sub-divisions

Responding to the suggestions and queries of Mr. Satish Upadhyay from Koriya district, Mr. Vinay Kumar Markam, a youth of Balod district, and Mr. Somnath, a resident of Darbha of Bastar region, Chief Minister Mr. Baghel said that in two and a half years, we have formed 29 new tehsils and 4 new sub-divisions, most of these in tribal areas. Chirmiri and Kelhari tehsils have also been constituted along with Patna tehsil in Koriya district. Besides, Rengakhar-Kala in Kabeerdham district, Darima in Sarguja district, Ramchandrapur in Balrampur-Ramanujganj district, Samri, Latori in Surajpur district, Biharpur, Sanna in Jashpur district and Gadiras in Sukma district etc. are also the recently constituted tehsils. Similarly, four new sub-divisions including Bade Bacheli of Dantewada and Lohandiguda of Bastar have also been constituted. Keeping in mind the age-old demand, State Government has not only constituted Gaurela-Pendra-Marwahi district, but has also given tribal majority population in this region their rights. We believe that formation of the new administrative units would make it easier for people to get their works related to land, agriculture, education of children, and jobs or employment related works done. This would also help in more systematic implementation of government schemes, which is the core objective of this decision. He said that with Marine Fossils Park – Biodiversity Park of Koriya district, we are making meaningful efforts to save our historical and archaeological heritage not only in Koriya, but in every district.

While answering the questions of Ms. Yashoda Pujari from Gram Panchayat Cherpal, Mr. Ajay Baghel from Polampalli in Sukma district and Mr. Dayal Singh Baiga of Kabeerdham district, Chief Minister said that we had expected that we formation of Chhattisgarh state, the gap in development of tribal regions and other areas will be bridged. But in last 15 years, the difference in development, this gap in progress has further widened. This is the reason why we started with gaining the trust of citizens. We reviewed the claims of forestland lease, we reviewed the cases of imprisoned tribal people, we returned the lands encroached by major industrial groups to tribal people, we hiked the wage rate for tendupatta collection from Rs 2500 to Rs 4000 per standard sack. All these steps have commenced a new era of development in tribal areas, enhancing the trust of tribal people on government and administration. We have made arrangements to procure 52 forest produces on support price instead of only seven, leading to annual income of more than Rs 500 crore from forest produce collections. We have also made arrangements to procure kodo, kutki, raagi and other such crops in scheduled areas, and we have given lac the status of agricultural crop. Arrangements have also been made for procurement of paddy produced in farms of forestland lease holder families. Devgudi and Ghotul areas are being developed to promote the tribal culture.

Road construction in Naxal-affected areas at the cost of Rs 1637 crore
In the today’s episode of Lokvaani, Chief Minister said that a network of roads is being developed in the state at the cost of Rs 16 thousand crore, as a result of which tribal areas will get the long-awaited roads. We are building roads worth Rs 1637 crore to reestablish the contact with naxal-affected areas. To provide electricity supply in tribal areas, four high-tension substations are being built. Substations in Narayanpur, Jagdalpur, Bijapur and Surajpur districts are facilitating uninterrupted electricity supply. With the commissioning of these sub-stations in Narayanpur, Jagdalpur, Bijapur and Udaipur of Surajpur district, the power supply has become smooth. Besides, in the last two and a half years, 74 thousand irrigation pumps have been electrified with solar energy, more than 44 thousand houses have been illuminated and about 4,000 solar drinking water pumps have been installed in tribal areas, which is a record in itself.

Chhattisgarh wins 11 National Awards for procurement of small forest produce
In response to the question asked by Mr. Kishan Lal of Kabeerdham district, Chief Minister Mr. Baghel informed that we began our drive to provide justice to tribal people with the announcement to return the tribal land, which was acquired for setting up a big industry in Lohandiguda of Bastar district. One thousand 707 farmers of 10 villages have been provided the documents for 4 thousand 200 acres of land. The foundation of maize processing unit at Kondagaon has been laid. Among the 146 development blocks in the state, land has been identified in 110 development blocks to set up food parks. Land transfer has also been done in many places for this purpose. 139 Van Dhan Vikas Kendras have been established in Chhattisgarh, and processing of forest produce is being done in 50 centers. Nearly 18 thousand people have got employment through forest produce processing work. Chhattisgarh State Minor Forest Produce Association is marketing 121 products under the brand name of ‘Chhattisgarh Herbal Brand’. On August 6, Chhattisgarh has been awarded 11 national awards by TRIFED, an organization of the Government of India. These awards have been conferred upon Chhattisgarh for procurement of minor forest produce and other related arrangements. A large processing unit is being set up in Durg district at the cost of more than Rs 78 crore. Vananchal Udyog Package has been implemented to promote establishment of forest produce based industries in the state. Besides, the indigenous ‘Brand Denex’ of readymade garments has also proven to be a successful experiment in Dantewada. Navchetna Bakery is also becoming very successful. Hundreds of local youth have got employment through these innovations.

Chief Minister Plantation Promotion Scheme’ to generate more sources of income for villagers
Regarding Chief Minister Plantation Promotion Scheme, Chief Minister said that this scheme would generate better source of income for local citizens, tribal people and forest dependent families. Beneficiaries would be able to earn profits by selling construction wood and fruits from their self-planted trees at a larger scale. Not only the individuals but also the panchayats and forest management committees have been given the rights to plant and cut the trees.

Health facilities in haat-bazaars, significant decline in anemia and malnutrition-level
Responding to the questions about education, health facilities, employment and lack of teachers in schools, and other basic facilities in tribal areas, Chief Minister further said that certainly health, education and employment is the basic necessity in tribal areas. And State Government is taking consistent steps in this direction. Necessary rules have been made to utilize DMF for expansion of health facilities. Strategy has also been made to utilize CSR and other funds to provide basic facilities in these areas. As a result, high quality medical facilities are now available in Bijapur, Dantewada and Jagdalpur. Several efforts are being made for development of such facilities in Sukma district at a larger scale.
We have started Mukhyamantri Haat-Bazaar Clinic Yojana to provide easily accessible health facilities to the villagers in remote areas of the state. Under this scheme, health check up and treatment facility is being regularly provided to tribal people in Haat-bazaars. More than 11 lakh people have been benefitted under the scheme.
He said that earlier in Chhattisgarh, 37.7% children below five years of age were malnourished and 47% women in the age group of 15 to 49 years were suffering from anemia. The situation was even worse in tribal districts. Hence, we started Mukhyamantri Suposhan Abhiyan, and conducted it with the help of DMF and public participation. Milk, eggs, and locally available nutritious food were provided to the children under the campaign, as a result the rate of malnutrition and anemia is declining rapidly.

Appointment of 14 thousand 580 teachers in the state

Mr. Baghel said that as far as education facilities are concerned, we are focusing more on the troubled areas. The school in Jagargunda of Sukma district, which was closed for 13 years, has been opened last year. School building in Kunna has been rebuilt and also the school which was closed for 6 years in Masapara-Bhansi of Dantewada district, has now been opened. Millions of children were provided education in rural areas were provided under Tunhar Para campaign, during the Corona period. We have printed textbooks of primary classes in 20 local dialects, which has benefited the children in tribal areas. After twenty years, appointment orders of 14 thousand 580 teachers have been issued in the state and solving the problem of shortage of teachers in tribal areas. Chief Minister has appealed everyone to be very careful about the ‘third wave’ of Corona. He requested people to follow COVID-protocol while celebrating festivals, i.e. follow physical distancing, use masks, wash hands with soap and water and get vaccinated. Chief Minister also spoke about the progress in Ram-Van-Gaman-Path tourism circuit being developed in the state to mark the major episodes of Lord Ram’s exile period in Chhattisgarh. 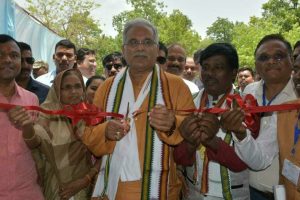 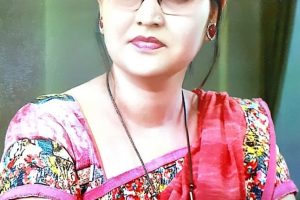 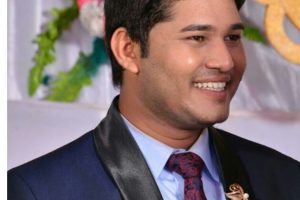 Police arrest journalist Subhash Kumar’s killer at the earliest, otherwise there will be a furious movement – Pankaj Jha